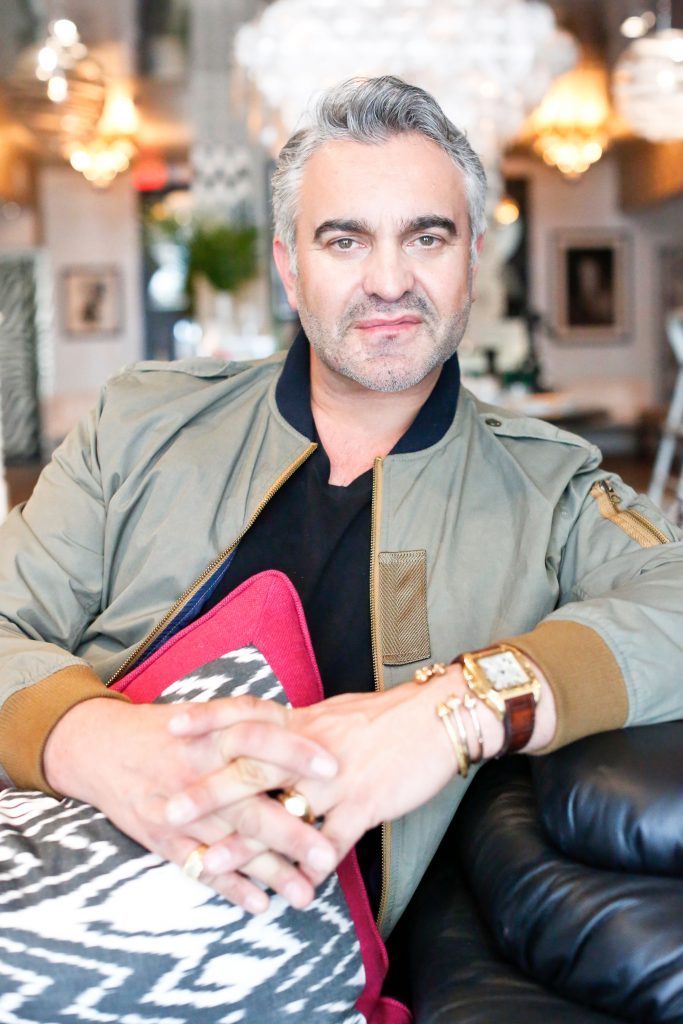 When you need high-octane glamour, you call Martyn Lawrence Bullard. The multi-award winning, Los Angeles-based interior designer is renowned for his sophisticated touch and eclectic mix of periods and styles.

Martyn is consistently named as one of the world’s top 100 interior designers by Architectural Digest, featured permanently in Elle Decor’s A-List, and named one of the top 25 designers by Hollywood Reporter. A popular television personality, Martyn starred in the hit Bravo series, Million Dollar Decorators, and hosted Channel 4’s Hollywood Me in the UK, along with a multitude of design television programs spanning over 65 countries. His work has appeared in over 4,000 publications. The cover of Architectural Digest featuring the homes of Khloe and Kourtney Kardashian designed by Martyn was one of the best-selling issues of all time.

With an A-list clientele including Kylie Jenner, Khloe Kardashian, Kourtney Kardashian, Tommy Hilfiger, Cher, Ellen Pompeo and Eva Mendes, Martyn’s little black book of star style is one of the most impressive in Los Angeles.

As the anticipation mounts before Martyn’s exclusive virtual seminar for AIFF 360 on Tuesday 29 September, we asked him to share his inspirations and which artist from history he’d choose to be in isolation with.

How would you define the Martyn Lawrence Bullard aesthetic?

My aesthetic is one of curated wanderlust…..my designs are inspired by my travel and the diversity of the cultures and peoples I have gotten to experience from around the world, embracing the subsequent love of pattern, color and abandonment of structure, allowing all the cultures to blend together in a curated but eclectic manner. I am never afraid to mix and match, be it origin or period.

“The world is my palette and I draw from it freely and without reserve.”

I live by the rule that we are never too old, or too young, to learn. Knowledge is power and for an interior designer we must constantly be open to new knowledge with curiosity and passion at its core. It’s the only way to stay fresh and creative.

At first I would have said David Hicks as I have long admired his revolutionary style that blurred the lines between traditional and modern Interiors with such panache, but in reflection I need humor and wit to keep me laughing and as such inspired. I choose Oscar Wilde, maybe not a designer (although he is said to have decorated his rooms with the most exotic and luxurious appointments) but certainly an artist, a writer whose delicious wit and intelligence would keep me fascinated and inspired endlessly.

Interior design has and always will be important for the world. It’s our personal expression, a window into the personality of the homeowner, and most importantly today it’s our sanctuary. With the uncertainty of the times, our homes and the design within them is our only true constant. Interiors make people happy, they spike emotion and joy and most importantly they offer comfort in the most personal way. Now with our homes becoming also our workplace, our school, our shelter, the way we design them is so very important. Function and beauty, key elements to interior design that make it more important in today’s world than ever.

You’ll be taking part live in Decor + Design’s first virtual International Seminar Series in September. Can you give us a sneak peek at what you’ll be talking about?

For the seminar I will be talking about ‘Star Style’ and how to incorporate a bit of that pizazz into our own homes. Having decorated houses, palaces, castles, yachts and planes for some of the biggest names in Hollywood, along with rockstars and royalty, I will be talking about what makes those homes special, how the characters of the stars have shaped their interiors and the design secrets and tricks that have pulled off some of my most memorable interiors. A no holds barred look into the glamorous world of my interiors and the clients they have been created for!

Ready to be inspired? Join Martyn for this insider look at his techniques to create the perfect look for Hollywood’s A-List. The first part of this exclusive seminar will be pre-recorded from Martyn’s atelier in Los Angeles, before Martyn joins us via livestream for a Q&A. Register for AIFF 360 and reserve your spot now!