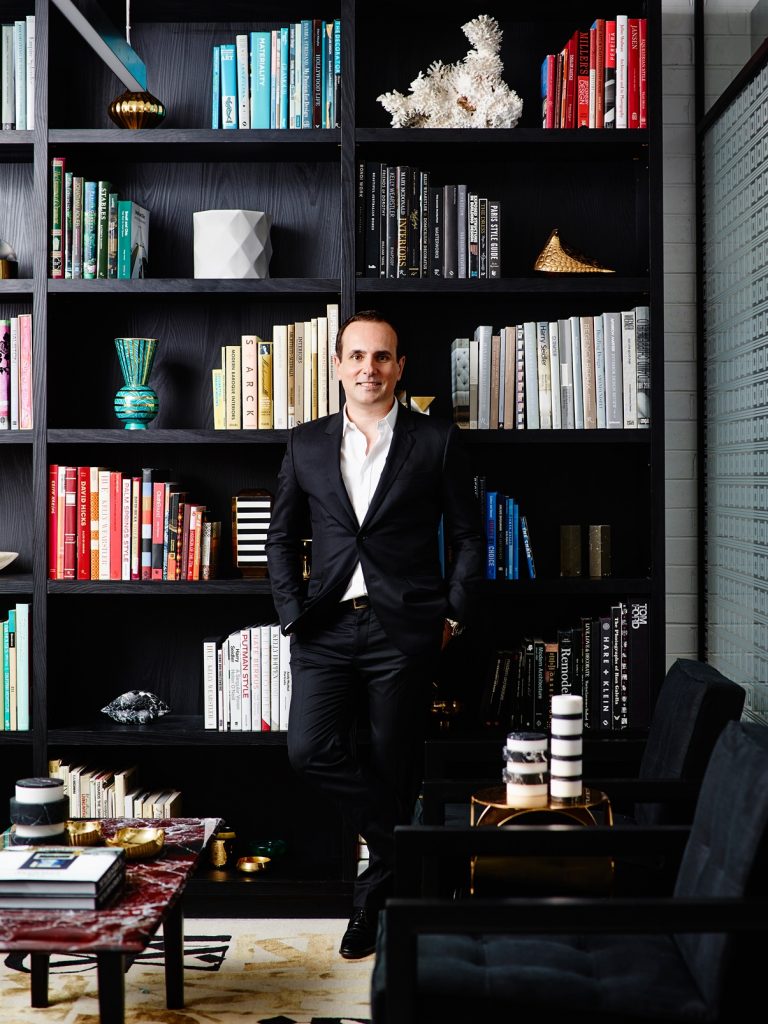 Lauded Australian interior designer Greg Natale’s name has become synonymous with flawlessly glamorous interiors, both in Australia and around the world. To quote Jonathan Adler:

“Greg Natale’s rooms are designed with such sureness that they look as if they were always meant to be!”

Natale’s designs have featured in numerous Australian and international publications, including Architectural Digest, Harper’s Bazaar, The Wall Street Journal, Vanity Fair, Vogue Living and Belle Australia. With projects spanning hospitality and hotels, residential and collaborations with leading brands, Natale truly is a force to be reckoned with.

Greg will be taking a masterclass in patterns as part of the virtual International Seminar Series at Decor + Design & AIFF 360. In the lead up to the big event, we asked him to share his inspirations, plus which artist he’d choose to be in isolation with…

How would you define the ‘Greg Natale aesthetic’?

Tailored, glamorous and sophisticated, with a deep love of layering and a passion for integrating pattern and colour.

I stand by my not-so-secret weapon, which is the use of pattern. I believe pattern has the power to transform any interior design, whether we’re talking about the subtle pattern inherent in a textile or the bold print of a striking wallpaper, about the tiny details of an intricate accessory or the impact of a large eye-catching rug.

I’d choose Andy Warhol – I love his bold use of colour and the way his portraits of pop culture icons can rock an interior. We’d isolate at The Factory and then make our way to Studio 54 when isolation’s over!

Given that stay-cays are the new normal, our surroundings have become our sanctuary and even more essential to our happiness. So now more than ever it’s crucial that we surround ourselves with the things we love – the things that inspire us, comfort us and make us smile.

You’ll be taking part live in Decor + Design & AIFF 360’s first virtual International Seminar Series in September. Can you give us a sneak peek at what you’ll be talking about?I

I’ll share some of my approaches to incorporating pattern and colour into an interior. I’ll talk you through how to ensure cohesion and balance, where to go hard and where to tread lightly, and I’ll bust a few myths along the way.

Join Greg Natale for his exclusive virtual seminar, which will be a mixture of pre-recorded footage and a live Q & A with the man himself. Register now and plan your virtual trip to the world of AIFF 360!