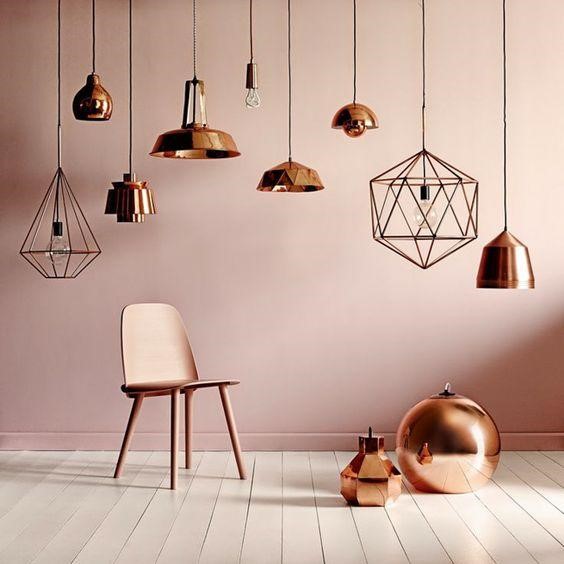 16 DecIn Search for the Origins of the Decor Trends How do decor trends happen? If you think that they are made up by a bunch of high-profile designers sitting at a conference table, you are very wrong. They are often a reflection of current affairs, world events and society’s aspirations. Some decor trends have fascinating history behind them and origins that go back thousands of years. What might seem as a ‘70s fad to you might just have roots in early Egyptian and Greek culture. Knowing the origins of some trend can seem irrelevant to you, but it can actually make you understand it better and thus introduce it to your home more appropriately. Let us trace back some of the today’s strongest interior movements.

It might seem highly unlikely, but Scandinavian design actually originates from numerous constraints, such as the inability to import materials, economic hardships and high production costs. These limitations created an essentialist approach to craftsmanship, where only pieces that are essential for the final product are used. Finland’s and Sweden’s broad spectrum of wood species has contributed to the tradition of carpentry, and the tendency to leave the wood bare in its natural form and colour. The popularity of this design culture can be linked to the expansion of IKEA stores across the world, the economic rise of the Scandinavian region and the various International Furniture Fairs. Equally popular in fashion and interior decor trends, bohemian style has always had an aura of mystery surrounding it. The offbeat and artistic trend is ideal for the people with free spirit, which shouldn’t surprise us since a bohemian is defined as a person who acts independently from conventional rules and practices. Emerged as a counterculture after the French revolution, boho was always about breaking the rules. A bohemian design is naturally associated with travel, so it includes mismatched furniture, assorted patterns and rich textiles. Boho had its highest peak in the ‘70s when the world fell in love with Marrakech. Ombre (French: ombrare – to shade) might seem as something that we’ve picked up just recently in fashion magazines, hairstyles and design, but its story stretches further into history. In fact, it is a derivative of weaving process that emerged in Europe. Although the birth of this decor trend can’t be precisely pinpointed, we know it has adorned Victorian era trims and ribbons. This play with different shades from light to dark requires skilful interior decorating and a keen eye, but it is well worth the effort. Brightly coloured and highly patterned kilim rugs are hardly something new, but they have just recently started to appear in homes all over the world. We use them to complement minimal modern furnishings and to bring texture into a room, but where do they come from? The origins of kilims can be found in Iran, Turkey, Afghanistan, North Africa, and generally in the Middle East. Depending on the country of origin and its culture, the motifs on kilims will vary. Copper became the IT material in 2015, and its popularity has not subsided ever since, but when have we actually started using this material in interior design, when its previous applications have been far less impressive? In fact, a while back, most of metals were considered exclusively exterior materials used for fencing, support and lacework. Then came the 1920s and the art deco style which allowed metal inside the home in sculptural and ornamental forms. Copper was and remained favorite for pendant lights, faucets, bar stools, mirror frames, trays and freestanding baths.

You see, decor trends do not appear accidentally – they speak to our needs and echo how we feel, not just as individuals, but as citizens of the world which is populated with so many diversities that it presents an inexhaustible source of inspiration for interior design, fashion and other creative industries. Don’t overlook the history of some interior trends the next time you decide to remodel; it can provide useful context and make your project even more successful.