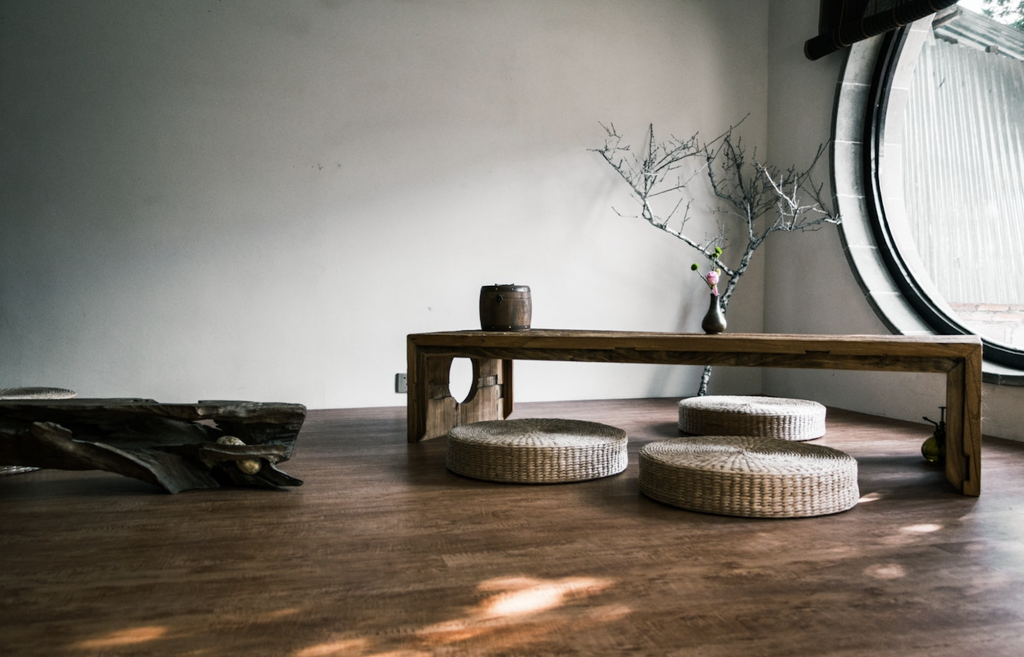 Designers always look for new shapes to redefine space. Sometimes, to do that they look for inspiration in the past. Technology today is so far advanced that it allows manipulation of materials previously thought impossible to reshape. That’s why architects and interior designers took advantage of this and started modernising old forms. As a result, they are able to bring in daring concepts full of imagination.

A Hong Kong-based designer and founder of the Fabrick Lab in Kwai Chung, Elaine Yan Ling Ng, uses biomimicry and digital technology to create new materials.  “Nature has been inspirational for its ability to perfectly combine itself in the most compact and efficient ways”, said the designer in an interview with Studio Art.

Her goal is to create an ecosystem of sustainable materials by using local materials, heritage and promoting women’s empowerment. Especially for the Salone del Mobile design fair in Milan and under the Sensus project, she had an exhibition which gathered designers and textile programmers. The idea was to present the newest robotic knitting technology in three living prototypes.

Boner uses their technique to create a light and comfortable Wogg 50 chair, his own furniture form. The central element of the chair is moulded plywood and it’s pressed beneath the seat. Due to this, the chair’s backrest has an elastic bounce.

Tom Dixon, a British designer, uses digitalised manufacturing to update his signature S chair.  This three-dimensional form first appeared in the 1980s and now Dixon likes playing with digital technologies to reinvent it for individual needs.

Using simple software solutions he is able to make and adapt the latest model of his chair moulded in industrial hard/soft foam. The woollen cover in royal blue makes it attractive and futuristic, while the iconic S shape make it appear as though it’s defying gravity.

Austrian brand Mafi builds wooden floors with cracks filled with colour. On the other hand, Glamour Décor Australia installs popular floor designs like underwater scenes and flowers. This is all possible due to 3D technology  and a new printing method which turns ordinary floors into works of art.

The process involves printing the photo and placing overlaying transparent layers on its surface, screed and protective lacquer. 3D floors are installed over the concrete base just like most floors, and are easy to personalise according to the customer’s preferences. Another added feature is that it can have visibly embedded elements of metal, stone and wood.

A graduate from the Design Academy Eindhoven, Shahar Livine, used plastic discarded as waste and created a new material resembling clay. She believes that this material will be sought after in the future for various purposes since the production of plastic will cease. “I imagined a future where plastic has become a nostalgic, valuable material that will be mined from ancient landfills”, Livine told the Dezeen magazine.

She began her project by collecting waste plastic bottles on the beaches in the Netherlands and Israel. Her material, called Lithoplast, is made by layering plastic with minestone and marble dust, which are by-products as well. Using heat and pressure she mimicked metamorphism – a natural process which changes the composition of rock and causes texture changes.

LED technology is all the rage today because of its low consumption of energy and low electricity bills. Designers used this advancement to play with the classics, like NAP co-founders did with the Edison light bulb. They used LED technology to make adjustments to the original design and create a futuristic one. “The right lighting can bring out the best elements of your environment”, highlights Azoogi Australia.

They named it URI and it consists of fine strands of acrylic glass which are interlaced into patterns. Even the use of a lamp is modernised and you turn it on by touching it anywhere on the shade or casing. Thanks to this achievement, these designers are working with experts from the Hong Kong Science Park to develop magnetic levitation so the lamp would hover.

We live in the era of wonderful technological advancements and improvements in all fields of human everyday life. Due to constant environmental issues, many people from all areas of industry have gathered to create sustainable and green materials which will save the planet from deteriorating.

New materials will bring revolutionary furniture which will change the way we perceive shapes and harmony in interior design. It will also promote a healthy message of environmental awareness and the need to re-examine our lifestyles.