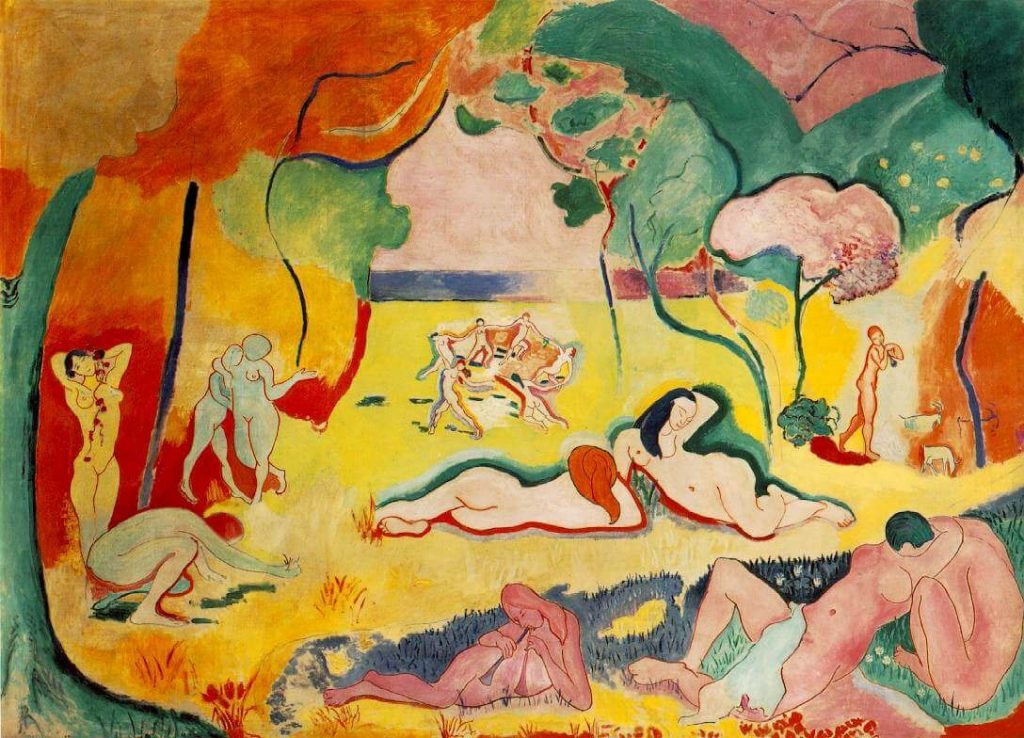 Function and form are both essential in furniture design. However, art exists to inspire us and hold a mirror up to the world around us.

The Fauves (‘Wild Beasts’), an art movement in the early 20th century, used colour in a way which is boldly inspirational – an explosion of paint across the canvas, often used in surprising ways.

Fauvism was inspired by the teachings of Gustave Moreau, who was a Symbolist artist and a professor at the École des Beaux-Arts in Paris. His students included Henri Matisse, who became a pioneer of Fauvism along with André Derain and Maurice de Vlaminck. One of his essential teachings was how to use colour to express powerful emotions.

The Fauvists exhibited for the first time at the Salon d’Automne in Paris in 1905. The Salon, which began in 1903, is still held every October and is an important platform for emerging artists, who have included such luminaries as Matisse and Picasso.

The bold colours and broad, confident brushstrokes were juxtaposed against more traditional works, leading one art critic to describe the Fauvist works surrounded by Renaissance sculptures as ‘Donatello chez les fauve’, or ‘Donatello among the wild beasts’. Although not a compliment, the term was embraced by the artists.

“We were always intoxicated with color, with words that speak of color, and with the sun that makes colors live.” André Derain

Colour as an Expression

While also known for their bright use of colour and light, the Impressionist school that came before the Fauves used a purer approach which was softer and more blended.

One of the most distinctive aspects of Fauvism is how they used colour expressively and arbitrarily rather than as a literal refection of what they saw. It was more about what they felt.

Brushstrokes are bold and deft, almost aggressive. Primitivism is another theme of Fauvism; an appreciation of African and Oceanic artistic traditions which were regarded as more authentic than European.

Using the Influences of Fauvism in Design

After an ‘unprecedented’ year, it’s time channel your inner ‘Wild Beast’ and use colour unapologetically and unexpectedly in your interior design, with a textured and outward-looking approach to textiles and materials.

At last year’s virtual Decor + Design, Trend Futurist Victoria Redshaw forecast four major trends for 2021, which included the ‘Belonging’ trend. It supports local artisans, with a focus on the social impact of design and an emphasis on cultural exchange (rather than misappropriation). Like the Fauves, the colour palette is bold and brash, with shaggy textiles and weaves.

Or be inspired by one of our favourite British designers, Kit Kemp, who also spoke as part of the virtual Australian House & Garden International Seminar Series in 2020. Kemp is known for her brilliant, unexpected use of colours and arts and crafts from around the globe.

Plus be sure to attend the 18th edition of Decor + Design and the Australian International Furniture Fair, our homegrown platform for design inspiration. See work from emerging designers at the VIVID Design Awards installation, plus hundreds of exhibitors from across indoor and outdoor furniture, soft furnishings, lighting, art and textiles.

Entry to the exhibition is free but limited to design trade visitors. Register now and plan your trip to Melbourne Exhibition Centre this July!